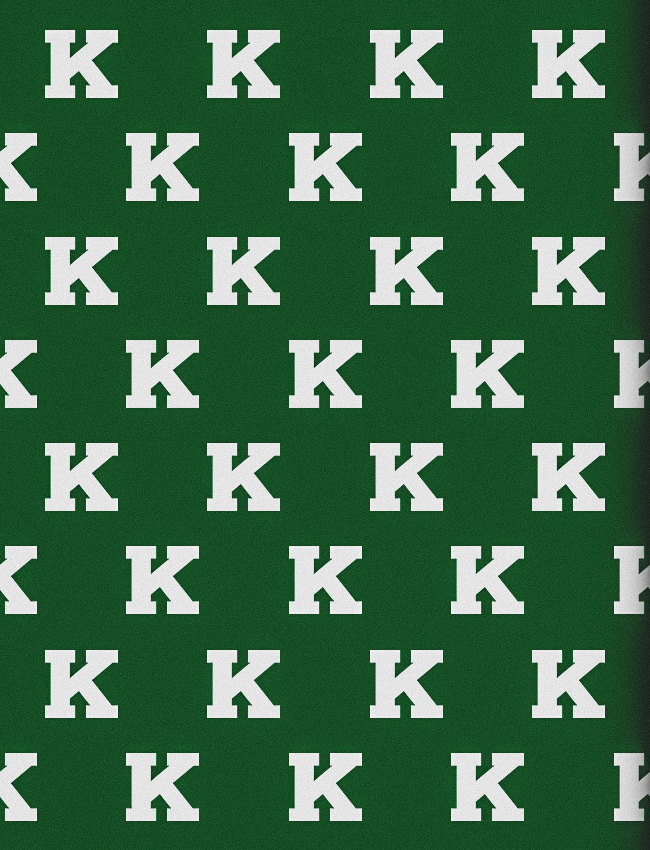 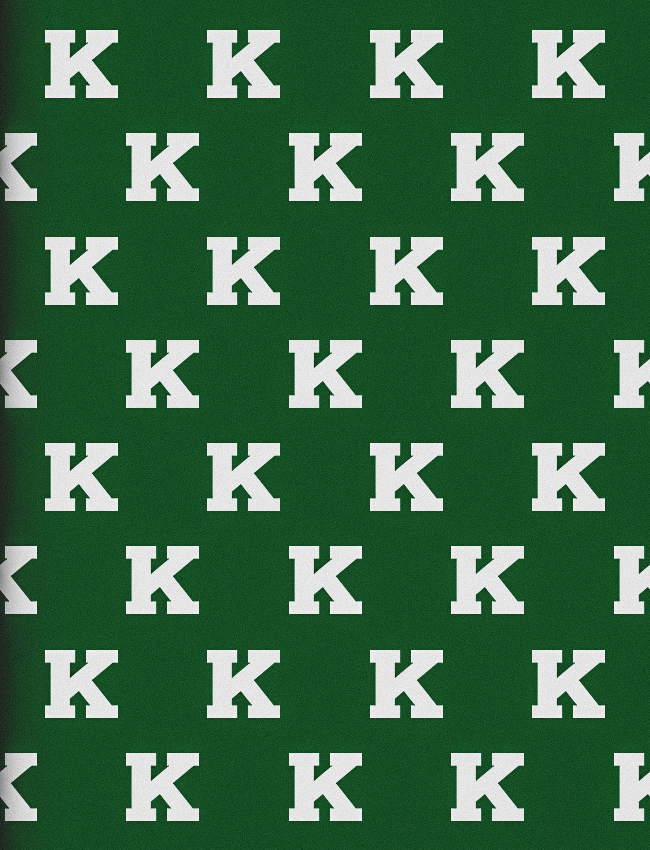 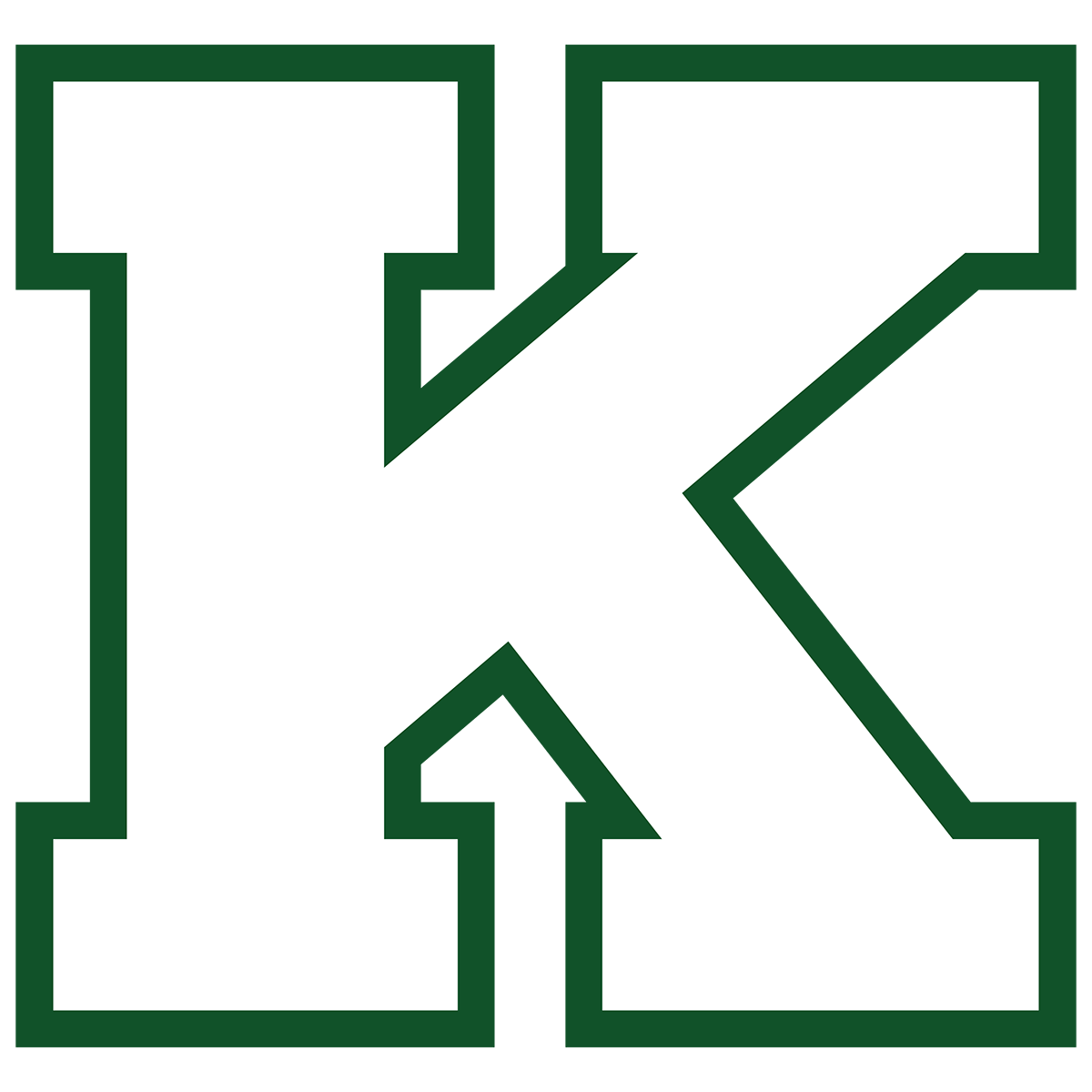 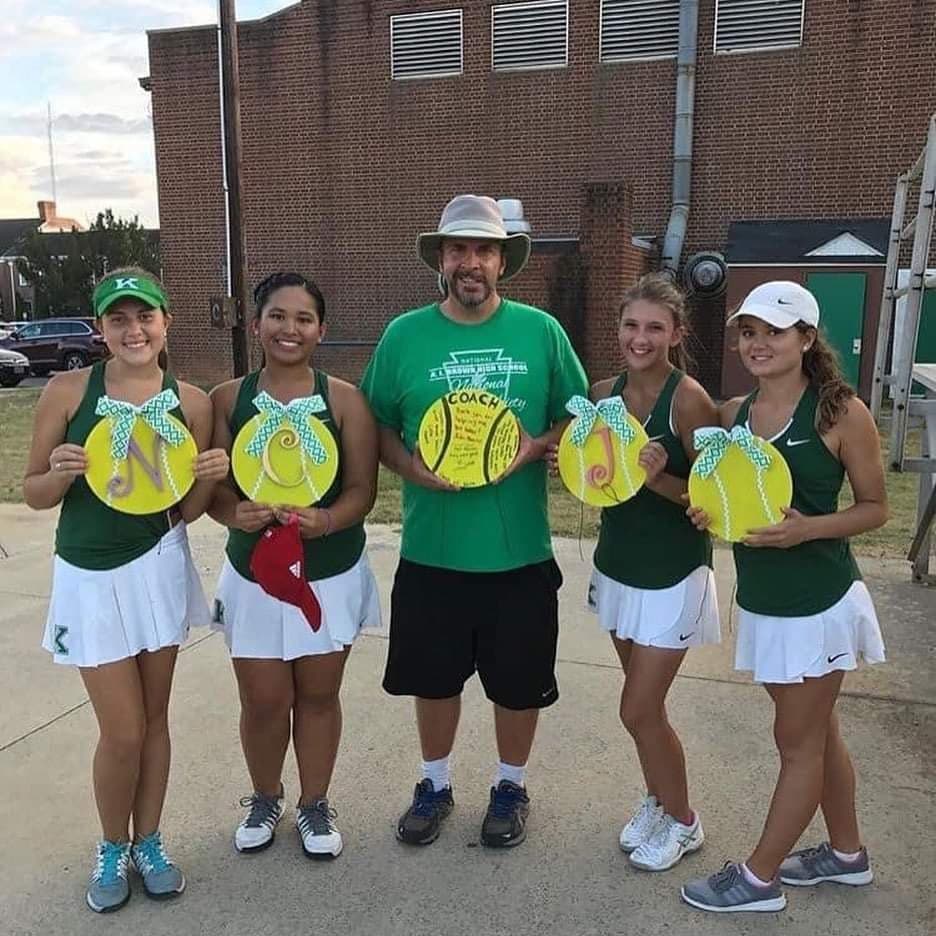 I often recall my sophomore year of high school at A.L. Brown being a very stressful, confusing time in my life. I carried a lot of my struggles and conflicts from home with me into the classroom each day. In many ways, the classroom was a constant, an escape from the outside world and all of its brokenness.

I remember 4th block, going down to the first floor level and being a part of Mr. Bruckmann’s Precalculus class. It was evident very early on that Mr. Bruckmann was many things:

He had a welcoming spirit. Always making sure we had what we needed to begin the class.

He was an avid sports fan. I had known he was the tennis coach, but he also had a deep love for all major sports, especially his beloved Cincinnati teams.

He was incredibly passionate about math… shockingly… unlike anything I had ever seen.

He used to create math problems with riddles embedded in them. I remember one specifically where the result ended with a fraction of “C over pineapple” and his follow up question, “Who lives in a pineapple under the C?”

He used to create rap songs to go along with mathematical concepts. He even went as far as to inspire his students to create music videos about math, of all things!

He immortalized the term, “math swag”.

Mr. Bruckmann always wanted to make sure his students “got it”. He would dedicate as much time and attention necessary to achieve that end. 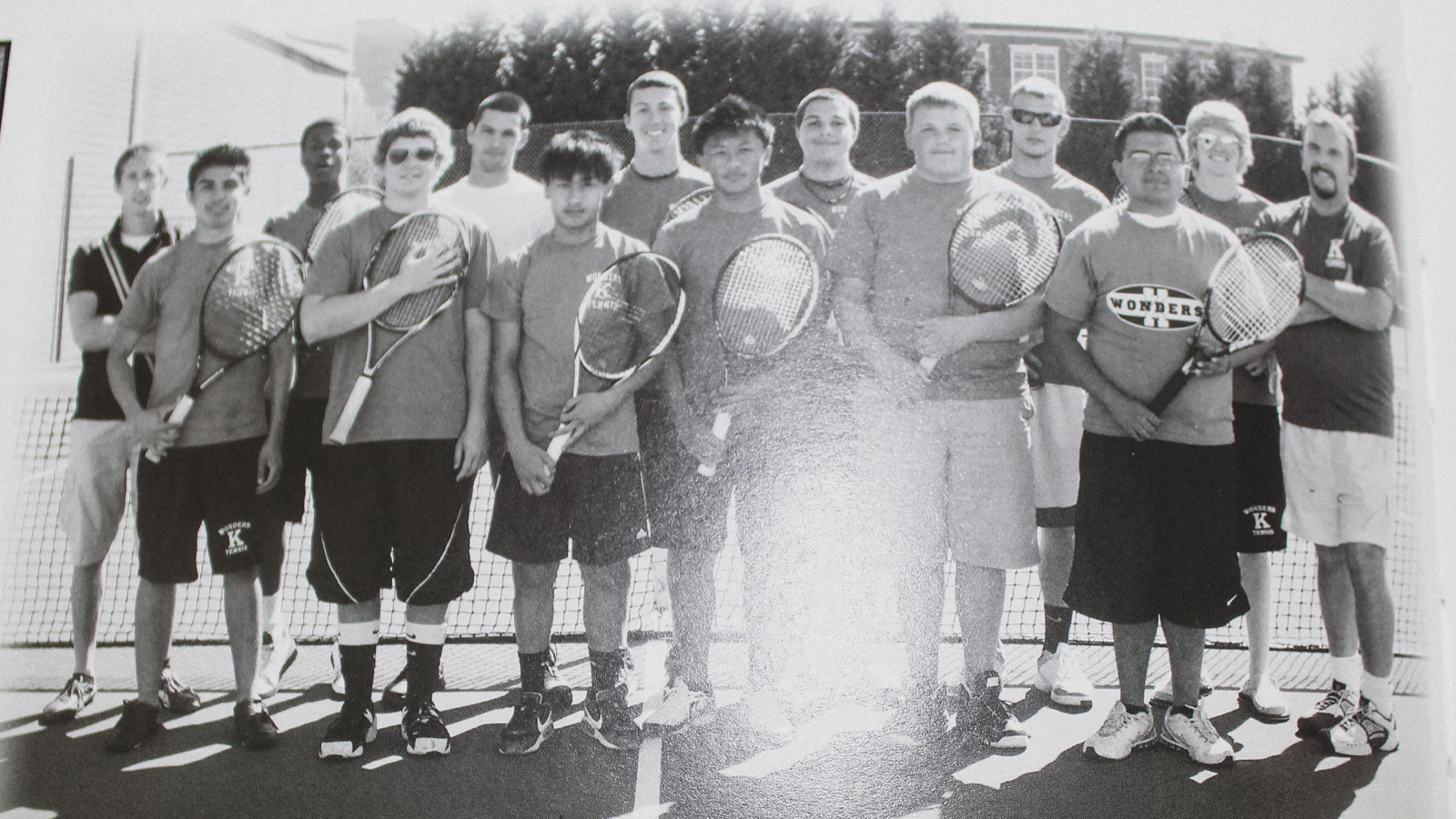 I remember telling him that I was once on the tennis team at Kannapolis Middle School. From that moment on, he attempted day in and day out to convince me to join his team. He was so exuberant about his tennis program! Too bad I was a baseball guy. No matter, though… he loved to talk about the Reds too!

Every day as I walked past the tennis courts after school in the springtime, Coach Bruckmann could always be found getting his team ready for practice. He would never hesitate to walk over and have a five- to ten-minute chat with me about life and sports. Sometimes I would risk running late for baseball practice because he would get so deep into an exciting story and I just couldn’t bear to walk away.

Coach Bruckmann had a passion for life that many of us could only dream of.

If he was ever having a bad day, you would never know it.

He loved his family and his kids more than anything, and you would know all about them if given the time.

In many ways, it was a miracle that we at A.L. Brown High School had as much of that time with Jamie Bruckmann as we did.

He gave his all to his students and his colleagues. Ask any math teacher that worked alongside him, and they’ll tell you that he was both the heart and brain of their department.

His smile and unwavering positivity illuminated any place that he went.

He provided light in my time of darkness.

For these reasons amongst a mountain of others, I give thanks for the privilege of having known Jamie Bruckmann.

May his spirit live on in the hearts of the Wonders he loved. 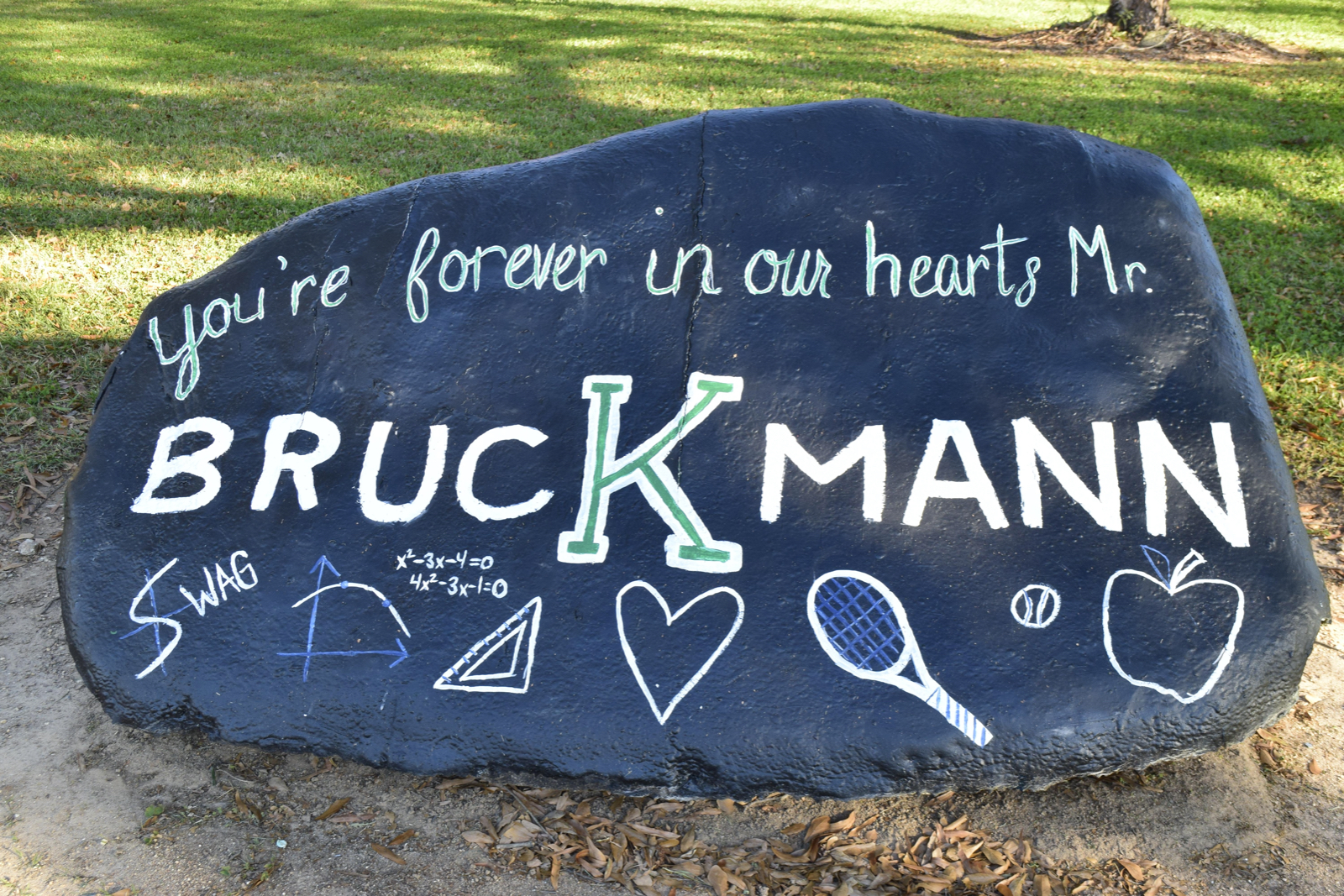